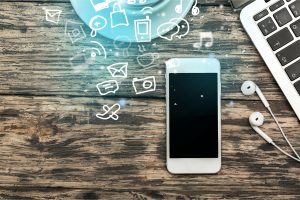 Texts from schools to parents about tests and homework can boost secondary pupils’ maths grades by the equivalent of a month in class, research suggests.

Texting can also cut pupil absence, according to the Queen’s University Belfast evaluation.

The programme involved 15,697 pupils in 29 schools across England, half of whose parents were sent texts.

Schools have been using texts to communicate with parents for some time, according to head teachers’ leaders.

The pupils who took part in the study were from Year 7 – the first year of secondary school, Year 9 and Year 11 – the GCSE year.

The parents of about half the pupils involved in the trial were sent roughly one text a week during the school term, for a year starting in September 2014.

Overall, the programme amounted to about 30 texts over the year.

They included the dates of upcoming tests and warnings about missed homework as well as details about what the children had learned during the day, aiming to prompt conversations at home about school.

In each school, either the parents of the Year 11 group or the Year 7 and Year 9 groups were allocated to receive the texts.

The researchers carried out baseline tests to determine pupils’ abilities at the beginning of the year and used figures from the National Pupil Database to determine their progress.

They found that the intervention appeared to have “an extremely small, positive, yet statistically significant impact” on attainment, particularly on maths and absenteeism.

The researchers found the effect of the intervention was not statistically significant in English and science.

The study was one of a series funded by the Education Endowment Foundation.

Malcolm Trobe, interim general secretary of the Association of School and College Leaders, agreed using text and social media could be “a highly efficient way of communicating with parents”.

Mr Trobe was particularly impressed with the impact of the texts on pupil absenteeism, shown in the trial.

He said that as long as the system was easy for schools to operate, did not incur excessive costs or add to teachers’ workload leaders “this is something that schools can take on and develop”.

About the Author: admin